The procession of the equinoxes and it’s significance

The Procession of the Equinoxes 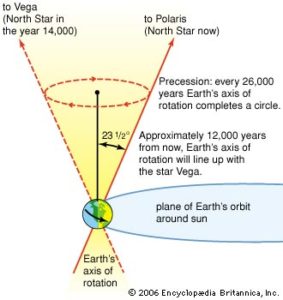 The Galactic Alignment is the alignment of the December solstice sun with the Galactic equator. This alignment occurs as a result of the precession of the equinoxes.

Precession is caused by the earth wobbling very slowly on its axis and shifts the position of the equinoxes and solstices one degree every 71.5 years. Because the sun is one-half of a degree wide, it will take the December solstice sun 36 years to precess through the Galactic equator.

This 26,000-year precessional cycle shifts the apparent position of the sun, on the December solstice, backward through the signs of the zodiac. This leads to the observation (as viewed from the earth) that the December solstice sun is moving “around” the Galactic Center, coming into alignment with it once every 26,000 years. This is the galactic alignment. It is a name given to a relative perception of the stars while observing from the earth. — Lee Carol

Why is the Procession of the Equinoxes Important?

If you take the Mayan calendar long count, then exactly five Mayan calendars would fit into the 25,630-year wobble. The long count as described by the Maya is 5,125 years.* This also happens to be the length of time that your former unknown civilizations that we spoke of lasted before they would annihilate one another. It all starts to make sense. The fundamental fractal, dear ones, is the key to why this current cycle is different. It’s because you’re sitting on the end and beginning – the center point of the precession of the equinoxes. It’s the first one in modern humanity. Time simply isn’t just coming around again like it did before. This is the center. This is the prediction of the ancients and the Mayans, and that’s why the old calendar stops now, and starts again with another long count.

This fundamental center, the precession of the equinoxes, gives an energy that none of the cycles within it did before. There is an allowance in this center fractal cycle for you to shift it and change it. The proof of this are the wildcards you see all around you. You already have started! The fall of the Soviet Union is a good example of a wild card. It’s a shift of Human nature to begin a harmonious process of putting things together, instead of tearing them apart. This is especially profound when you see it done with the nations of the planet who used to be enemies for centuries. That’s different! That’s new! It’s not going to repeat the way it did in the past.

“Well Kryon,” some say, “you’ve got some ripples and fractals coming up that are dangerous. In fact, there is a major cycle starting in 2017 that looks ominous.” Dear ones, I’ll give you one main reason why this is now different from the other repetitive long counts. There’s a 36-year window to the procession of the equinoxes. The window is 18 years to the center [which is December 21, 2012] and 18 years out of it. You’re still in the last 18 years. You are still in the residual energy of the last long count. The time fractals are still there, and there are still major potentials being felt. Indeed, they still could happen, but there’s more to this, and that’s what I want to tell you. That’s just one thing of many that will cause this time to be different. Let’s ask the main question again: What makes it so different this time?

You’re centered up on the prediction of the ancients and the end of the fundamental cycle of 25,630 years. This alone gives this time a special energy, but that’s not all of it. Long ago, I told you who seeded you and we spoke about Human consciousness evolution beginning now, where it has been stagnant for so long. We told you about the Pleiadians being the source of your current DNA (and the missing link). We gave you a channelling called “The Compassion Factor” for you to know what the real difference is, and what’s really going to change humanity – compassion. However, you’re so linear and so 3D that you’re saying, “Will DNA chemistry change? Can we watch it change?” The answer is of course it’s going to change, but not like you think. […] 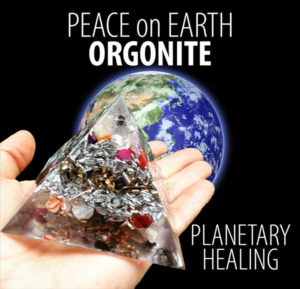